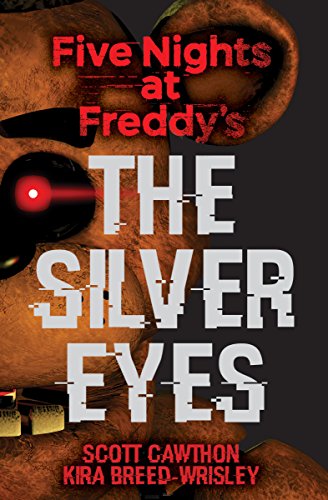 A few years ago, I realized that while I might not want to play certain video games, I still wanted to know the story that was written in those games. This, combined with my general love of all things horror, led me to start watching Markiplier’s Let’s Play videos that cover the Five Nights at Freddy’s series. The aforementioned “King of Five Nights at Freddy’s” was both entertaining and caused me to jump with every jump scare that he subjected himself to. That being said, the most intriguing thing about those games was the hidden story elements that Markiplier would discover as he played through each terror-filled evening.
Needless to say, I quickly became hooked. The story elements were sparse and spread out over each of the games (now up to 6 and kind of a 7th) and implied a tale of murder turned supernatural possession. If you search the internet for the entire timeline or story, you won’t find any two answers the same. We’re given just enough information to make us crave more, and it makes these stories very addicting.
I’ve even taken the time, while rewatching each secret from Markiplier’s episodes, to try and sketch out my own timeline for what happens and I soon become so mired in facts and theories that the whole thing collapses. Simply put, the games are scary and the plot is a literal mystery.
I’m explaining my rather addicted history with FNaF to explain what urged me to pick up and listen to the audio book FNaF: The Silver Eyes, by Scott Cawthon and Kira Breed-Wrisley. While the book (and the entire franchise, for some reason) seem to be aimed at the Young Adult market, I wanted both a good horror story and to finally figure out what the story for this franchise actually is.
The first thing that I should mention is that this book is not, in anyway, an explanation of the story presented (in parts) during the video game. From what I’ve found online, Scott Cawthon thinks of it as more of an alternate telling to FNAF 1.
The book follows Charlie and her friends as they get together at the 10 year reunion of the death of their friend, Michael, who disappeared at the original Freddy Fazbear’s Pizzaria. It happened when they were little, and while memories might not be trustworthy after a decade, a horrifying experience can usually cement them into place. Together, the teenagers put together the clues that help them discover the original Freddy Fazbear’s and the mysteries it holds within.
In it’s own way, (parallel universe, remember) it answers the questions of who Purple Guy is, who made the suits/animatronics, who Springtrap is, and the natural progression of the murders/disappearances through the different franchises. As a matter of fact, a lot of what we learn during the book fits well with my own theories on the timeline in FNAF with the only major differences being how they handled Henry’s life (Henry being the man who invented the original animatronics). Also, I don’t think, or at least have any evidence toward, the existence of Charlie in the game world. She mourns her twin brother who died at the original Fazbear diner, but in the game, she’s not mentioned. Plus, in Pizzaria Simulator, Henry mentions that his daughter’s name is Elizabeth. To be fair, it gets really confusing once you start diving into the mythos of this stuff, and it’s best if we just stick to them being separate worlds, for sanity’s sake.
That being said, this entire book read less like a story from a video game world for young adults, and more like a horror movie that would be better than a lot of what’s to offer from Netflix’s horror selection (I’ve watched a lot of Netflix horror…just sayin’). The writers manage to bring to life the feeling of dread that the game does through the waiting for jump scares. That’s something that’s not easy to do in a book. That being said, I was left wanting in regards to more detail regarding Henry’s life and I have a huge (I mean HUGE) question regarding William Afton’s…condition. There is a second book, and I will be getting that soon as well, so maybe those answers will be found between those pages.
4 out of 5 Stars.