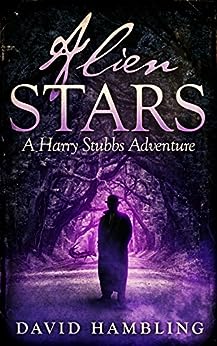 Our modest hero, Harry Stubbs, returns in another great adventure!

He’s still reading his science fiction novels, working the jobs only an ex-boxer can get, and working on a correspondence course in investigations that has me super excited for future installments.

In this book, he’s investigating a weird type of meteorite that might have abstract properties, making it dangerous for the owner.

My favorite parts of this book were the parts that define any Harry Stubbs adventure. Specifically, the investigation into the museum, the library research, and the very interesting characters, specifically, his employer in this book and the sultry American visitor.

Harry Stubbs is one of my favorite characters and always a great adventure. David fails to disappoint, bringing an intelligent and intrigue-driven story to a character that could so easily be written as a dumb stereotype. Instead, he’s a smart man, who I would describe as more wise than intelligent, in that he’s always seeking to learn and better himself.

Even if those efforts and his current line of work might drive him mad.
5 out of 5!

Alien Stars is absolutely wonderful. Get a copy here!

I was a Teenage Weredeer, by C.T. Phipps is, in my opinion, the best elements of The Dresden Files, True Blood, Mean Girls, and Supernatural all wrapped into one very well put-together package.
The heroine, a weredeer by the name of Jane Doe (get it?) gets wrapped up in a murder mystery a la the X-Files that shakes the very foundation of being a weer-anything. It’s a great book that focuses on a lot of issues, from parental abuse, to family tradition, to racism, to women’s rights, to being a weredeer in a state that’s famous for hunters. Hell, weredeer even get a chance to hunt back. This story hits you right in the feels, dealing with the guilt associated with loss, the emotional destruction left in the wake of rape, and the beautiful reality that is young lust.
Personally, I’m addicted to this book and look forward to the series that’s supposed to follow. It has a little something from every one of my fandoms, and uses them to create an entirely new fandom. Personally, as much as I loved Straight out of Fangton by the same author, I prefer the Jane Doe stories and the emotional rollercoaster that they take you on.

You can pick up a copy by going here: http://amzn.to/2wFtDQt

This is where I review “IT.”

IT was great. I loved IT. IT was also very scary. Nothing was scarier than IT. I couldn’t get enough of IT.

That being said, IT had strengths and weaknesses, as anything would. IT did more to explain what IT was than the original one, and that was great. I also loved how IT was scary without the overused convention of jump scares that we see a lot of.

As for weaknesses, I felt that some of the characters IT had weren’t as well developed as I would have liked. Specifically, we never meet the parents of Ben Hanscom, which might not seem that important, but everyone else gets a parental growth story of some kind. Either a freedom or a coming to terms in some way. Ben’s parents are completely absent, which is odd for someone who is one of the main characters of focus.

But I digress, as:

IT was magnificent, and I look forward to more of IT if IT becomes something that people want to make more of. Try not to hold my one negative against IT, as IT was 99% solid and only 1% of “Huh, why didn’t they cover that a little more?”

I can’t wait to rewatch IT, share IT, and tell people about IT.

What did you think of IT? 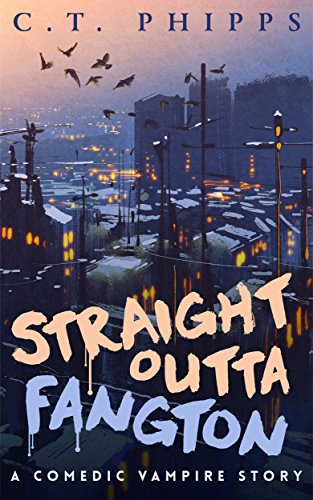 I’m a Phipps-Fan. It’s a fact, and anyone reading this blog on any sort of regular basis is well aware of that. With that being said, I was avoiding reading Straight out of Fangton because nothing about it sounded appealing to me. Mostly because it’s labeled as a parody vampire novel, and for some reason I tend to ignore parody books even though I only ever enjoy them. For example, I never crave to read anything by A. Lee Martinez, but then I do and I fall in love with it and don’t know why I didn’t pick it up sooner. To follow that example of my thinking, I’ll then forget how much I love A. Lee Martinez’s work and then do the same damn thing when his next book comes out. They’re great books that never disappoint, but I fall into the same, “But it’s funny, so I won’t like it” kind of thinking every time.
That’s what happened with Straight out of Fangton. I read and loved a bunch of Phipps’ books and then I heard about Fangton, and decided to avoid it. Lucky for me, I ran out of things to read and decided to give it a try.
First of all, allow me to clear something up: Straight out of Fangton is portrayed as a parody, but it’s anything but. When I hear parody, I think of Mel Brooks taking on genre films. This isn’t the case with Fangton. I wouldn’t even label it a comedy, although it has comedic moments. This is an original Vampire story in the vein of Blade or Interview with a Vampire. This is good vampire fiction that doesn’t have a problem questioning the things that are kind of silly in other vampire stories (ie: the phrase “You’ve been Twilighted” is used a few times, and it works wonderfully well).
This story follows Peter Stone in Detroit after Detroit has been converted to New Detroit, a new home for the publicly acknowledged undead. The world is essentially the same, except there are more undead folks everywhere. The story kicks off when a Vampire-Hunter turned vampire is found in a bathroom at the gas station that Peter works. He decides he can’t just leave her there and ends up on a journey to stop an Ancient self-hating vampire from eliminating the Vampire-Nation.
The comedy/parody is kept to minimal levels, nowhere near what’s implied if you read the other reviews. The best part about this entire story is the weight of the world on the characters. I’ve pointed out in previous reviews that most of Phipps’ main characters go through an intense amount of development, but in this story he did something different. Peter Stone’s character is well defined and likable at the beginning and throughout, instead, the Vampire Nation goes through development and growth as Peter stands outside of the nest coaxing them to join him in the open world. It’s very different from the usual Phipps-fare, but very well done.
I give this novel a 5 out of 5 and can’t believe it took me this long to get to it.
Loading Comments...
Comment
×